Almost any type of home will be targeted by potential perpetrators at least once.

It doesn’t matter if it comes with a poor or rich look – after all, thieves consider only what could be inside the house.

This is the main reason why trying to make your house uglier is not going to work in terms of protecting it. You have to do something completely different – namely, make your house scream “secure” to the perpetrators. 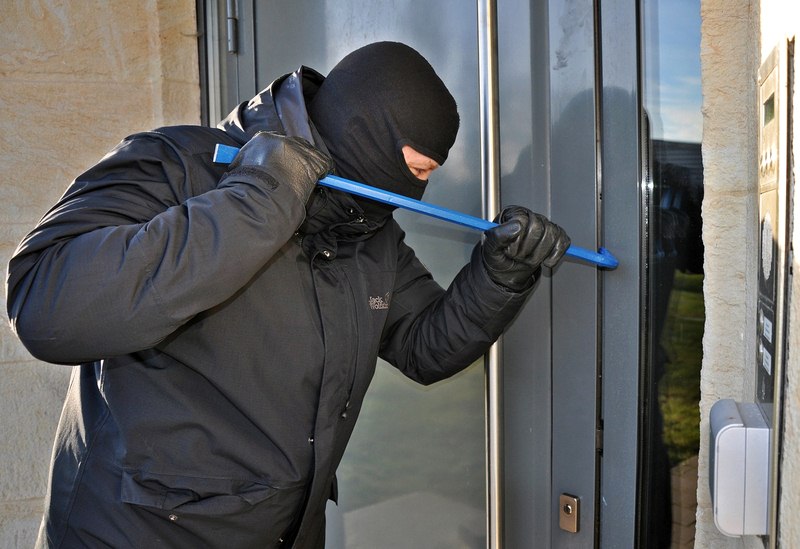 To do so, you’ll need more than the basic security system that has to be checked via safe internet access. Keep in mind that if a thief really wants your possessions, they may go as far as hacking your security system.

You will need some exterior design tricks that make your home “scream” secure to every perpetrator out there! So, let’s see what you have to do!

Obviously, perpetrators will do a double- or even triple-check before entering a home to make sure that nobody’s home. If there are no lights on and no noises, then your home has a green light on it for them.

In order to solve this issue, you can rely on the simplest trick in the book. Namely – install exterior lighting and keep it – or most of it – on at all times. When you are home, you don’t need such tricks, but it does help to have a light on the outside.

Thieves could understand what you might be doing, but they won’t take any risks.

Moreover, you could install an exterior speaker that would occasionally make noises. You can easily mask a cylindrical speaker and make it look like a pole.

Then, you can connect it to something as simple as an MP3 playing a record of either occasional footsteps or doors being used and so on. You only have to make sure that the sounds are muffled so that the perpetrators think they come from inside the house.

If you installed the exterior lights we’ve talked about earlier, you can pair them with a motion detection system. The latter can do wonders for any homeowner that wants to scare away perpetrators. Why?

Well, when a thief is trying to sneakily enter your home, a dark area suddenly becoming lit up will make them believe that they have been spotted!

On top of that, you can install some fake cameras with LEDs that start blinking when they detect motion!

However, if you don’t want to go that far, some simple LEDs can do the trick. For example, you can place plastic boxes above your doors/windows and equip them with continuously flashing LEDs. Thieves will think they are cameras or alarms and won’t dare approach your home.

Use a Fake Security System

Naturally, one of the cheapest ways to make perpetrators completely reconsider your home – in terms of burglary – is to install a fake security system around your home.

We’re not talking only about cameras! You can install solar panels near the cameras, lights that turn on for a certain time period, as well as a big blue yellow light that should signal that your home is actively protected by a security firm.

Moreover, you can install alarms powered by simple AA batteries on doors, windows, and fences. The only thing they do is a buzz, without contacting any law enforcement – but they will surely scare any perpetrator!

Even though you may not actively use a security anchor, it will definitely give any perpetrators the impression that you are serious about protecting your belongings, as well as your home.

A security anchor is a tamper-resistant system that provides you with a permanent spot to anchor your stuff – bikes, construction materials, a bench you may have in your yard, a canoe, and so on.

In short, you can attach anything that you want to stay within your yard or near your home to this anchor. Given that its installation implies drilling holes and installing bolts to anchor the hook to cement, it goes without saying that it will stay exactly where you put it!

Protect Your Mail – and Your Home!

You may not receive a lot of mail nowadays, but this doesn’t mean that you shouldn’t protect the data that comes with it.

Depending on the kind of letters you receive, you may put your credit card offers, checks, and personal information at risk if you still use an old-fashioned mailbox. Therefore, you should start using a security mailbox as soon as possible.

Such an item will protect your mail and will also show any potential perpetrators that you don’t play with safety-related issues and that you protect even your letters!

So, the general idea is that you have to actively protect your home against perpetrators. Many people believe that if they don’t tend to their garden or don’t leave any items outside of the house, thieves won’t target their home.

Naturally, that is the wrong approach to home security and the main cause of so many break-ins!

You have to make anyone that passes by your home – not only thieves – think that you have a safe home and that you really care about your safety. Obviously, the best way to do this would be to install a professional security system. But these don’t do the trick every single time!

For example, it is well-known that motion-activated lights are much better at scaring thieves away. You could go as far as placing a mannequin at the window equipped with that type of light to really scare anyone off! Go Home Alone style!

Pro Tip: Cover the ground near your windows/home with gravel so that you’ll hear anyone walking, even if they are tiptoeing. For increased effectiveness, you can plant thorny bushes beneath your windows – such as barberries and Yuccas – to deter any break-in.

This site uses Akismet to reduce spam. Learn how your comment data is processed.